The Nikamon Sports Association is a Karate school jointly founded in November 1995 by Alessandro Cardinale and Pasquale Acri, two athletes who share to this day the teachings of Masters Hiroshi Shirai and Carlo Fugazza. 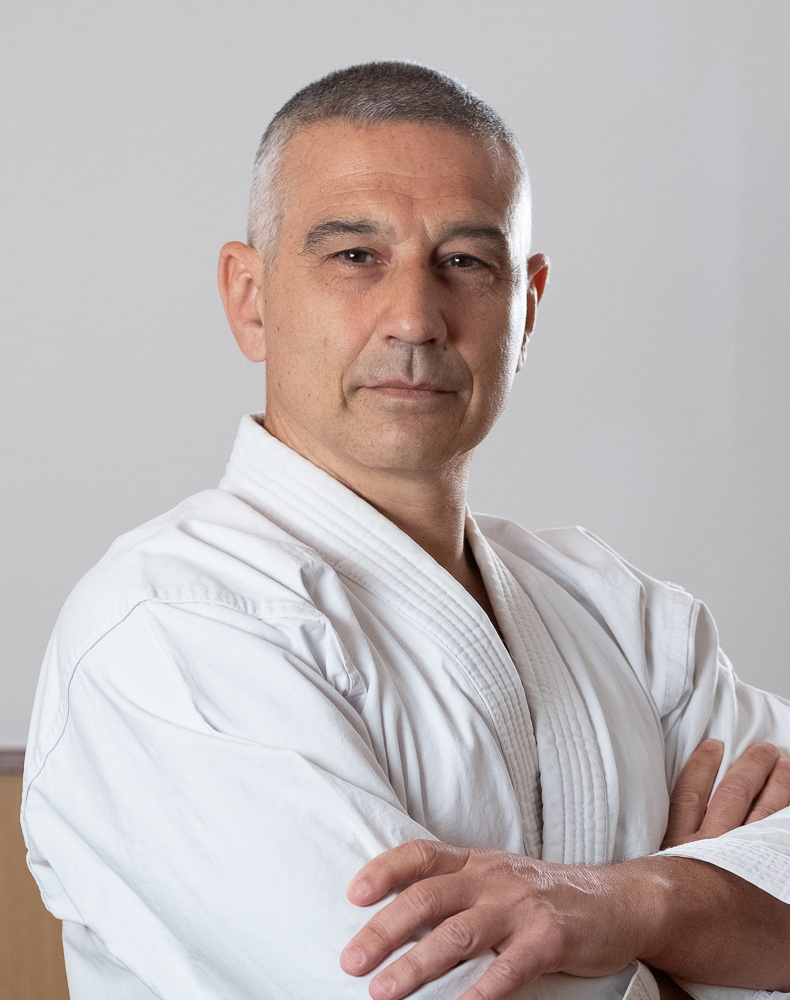 Born in Milan in 1965, Alessandro started practicing Shotokan Karate in 1978, under Master Ennio Franzoia. He obtained his 1st Dan black belt in 1981. As a member of the Italian National Team, from 1983 to 1992 and again in 1996, he came first in several contests. He was awarded a Gold Medal in 3 World Championships, 2 World Cups, 11 European Championships, and was the winner of several Italian Championships. He obtained his 7th dan in 2014. Alessandro is a qualified Master and has been successfully teaching karate to children and adults for over 20 years. He constantly trains with his teachers: M° Hiroshi Shirai 10th dan and M° Carlo Fugazza 8th dan, and is coach to the Azzurrabili FIKTA team. 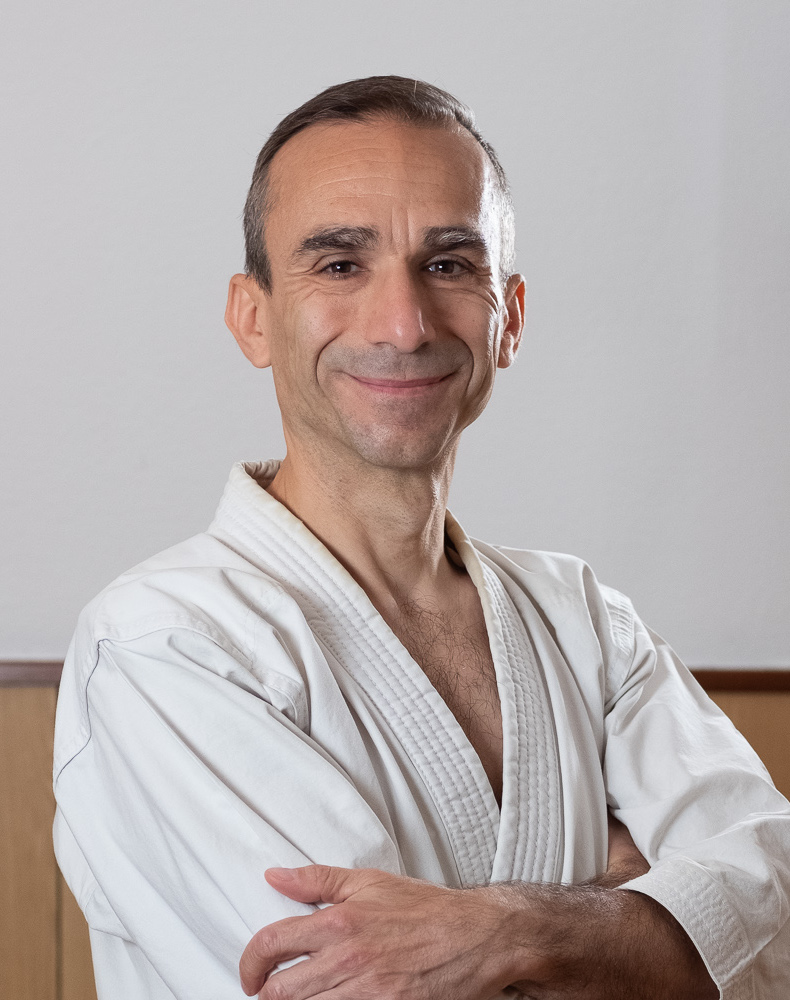 Pasquale was born in Nocera Inferiore in 1965 and started practicing Karate In 1975 under Master Carlo Fugazza. He obtained his 1st Dan black belt in 1978. Pasquale has been a member of the Italian National Team from 1982 to 1997, and of the Carabinieri Sports Center team from 1991 to 1995 He has won in total of 14 Italian,10 European and 4 World titles. He began teaching in 1987 at the Yudanshakai gym in Milan, attended the Federal Masters Qualification course in 2014 in which he obtained his 7th Dan. He coaches the national Kata team of the FIKTA / Shotokan Institute of Italy. 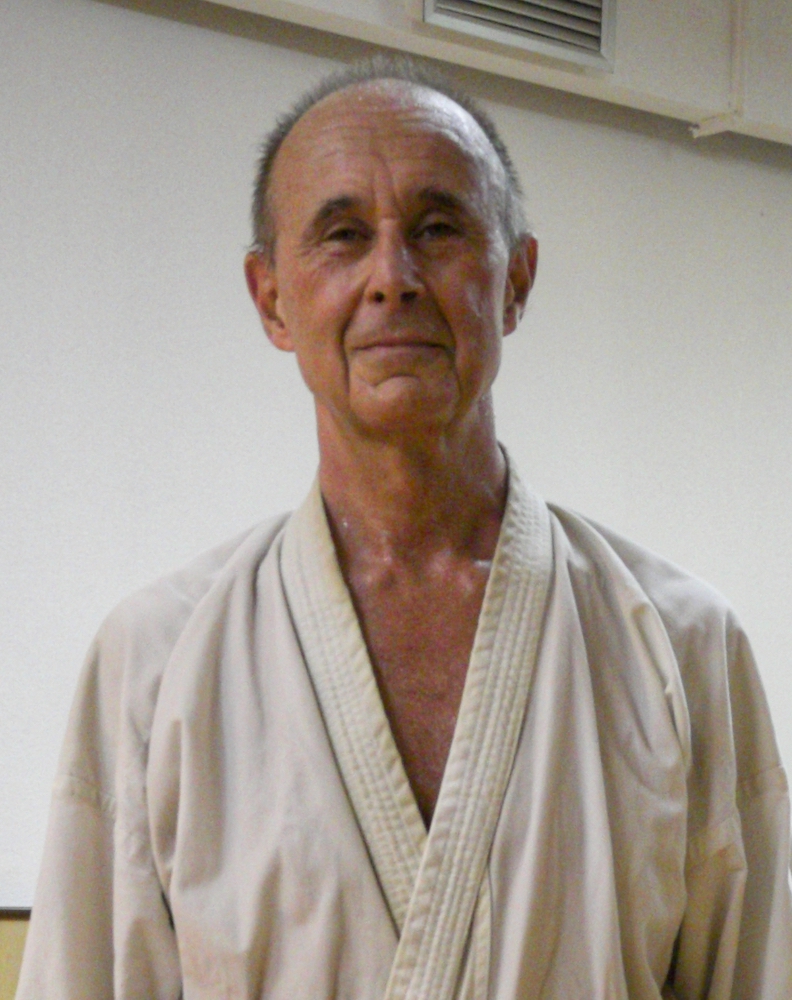 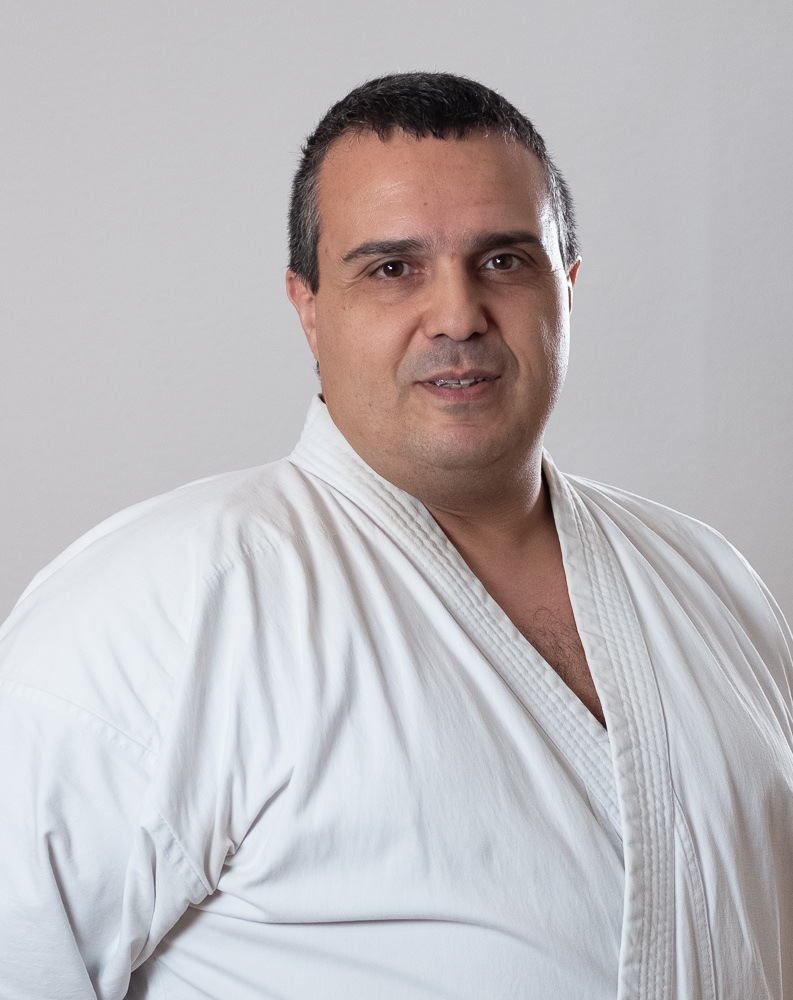 Massimo was born in Milan in 1971 and started practicing karate in 1992 at the Karate Academy. He later moved to the Nikamon gym to train under M° Acri. Massimo has been a black belt since March 1997. In 2014 he qualified as a technical teacher (instructor) and in 2015 reached the 4th Dan grade. 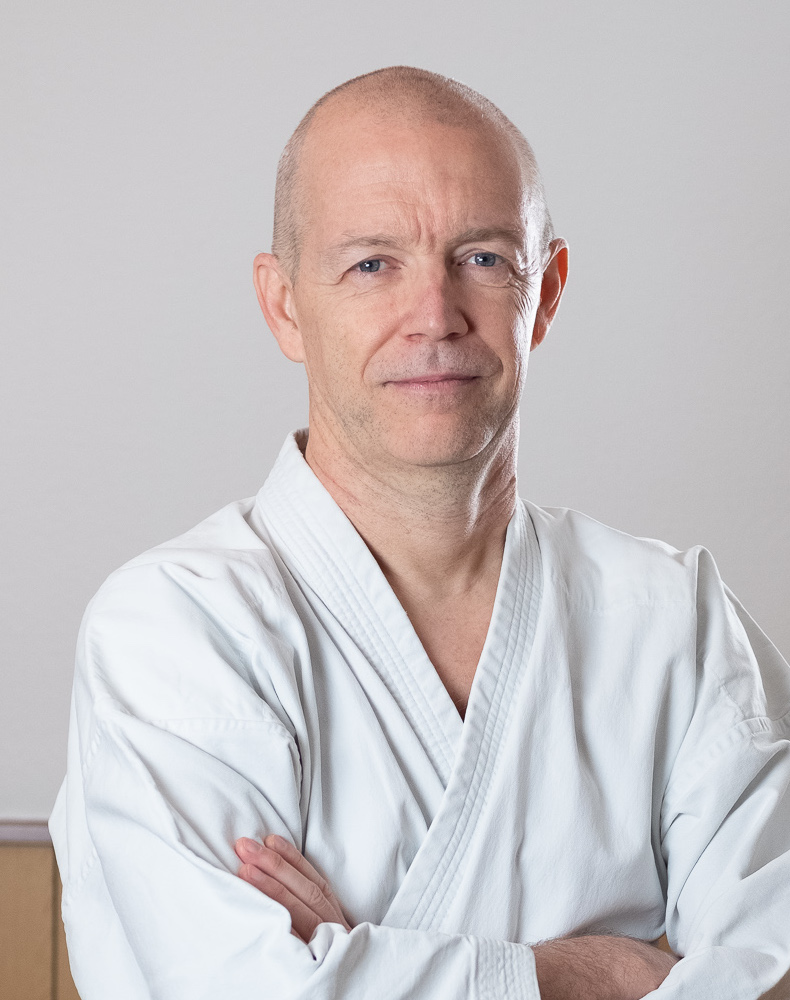 Pierluca Lanzi was born in Turin in 1967. He started practicing karate in Udine in 1987 with M° Giuseppe Formenton and later moved to Cividale del Friuli, where he practiced under M° Vanni Scarbolo until 1994. He travelled wide for his work and continued training in various other gyms. Since 2002 he has been training at Nikamon under M°. Pasquale Acri. Pierluca has been a black belt athlete since March 1997. In 2011 he qualified as a technical teacher (instructor) and in 2013 obtained the 3rd Dan grade. 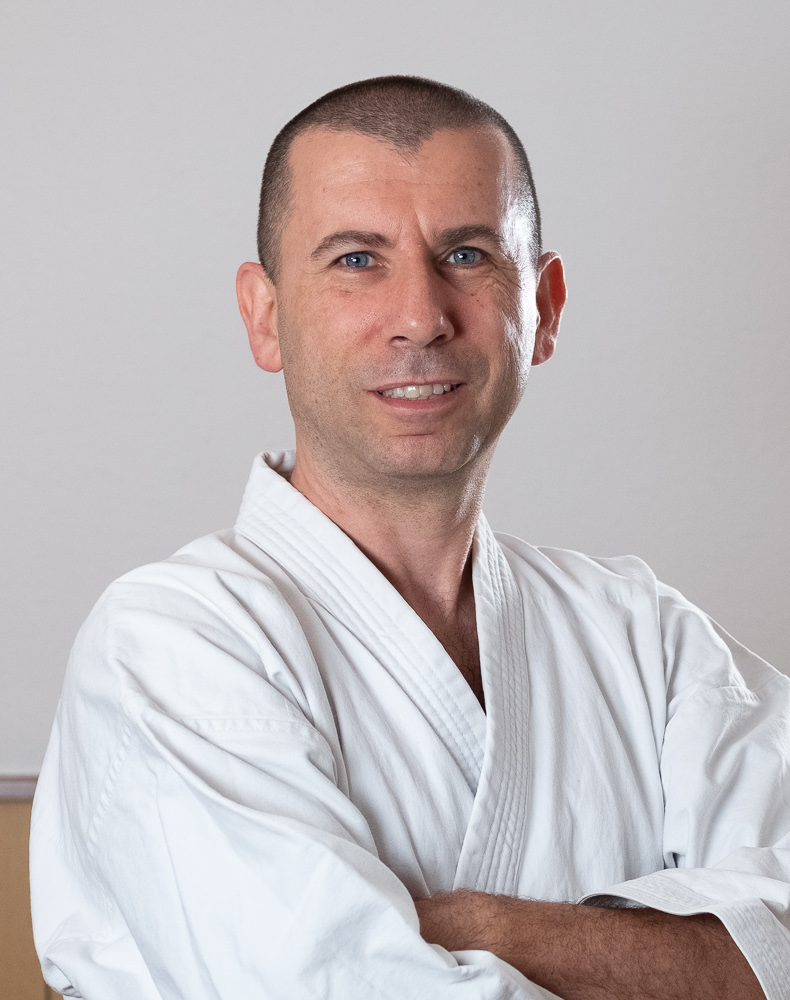 Stefano Mastronicola was born in Milan in 1973. He started practicing Karate at Shotokan Yudanshakai in 2009 with M° Carlo Fugazza. In October 2013 Stefano obtained his 1st Dan black belt. In November 2015 he qualified as a Referee and was promoted 2nd Dan and started teaching children and teenagers at the Nikamon gym, under the technical supervision of M° Alessandro Cardinale and M° Pasquale Acri. In 2019 Stefano took and successfully passed the 3rd Dan black belt exam. To this day he continues practicing and learning karate under Masters Fugazza, Cardinale and Acri. 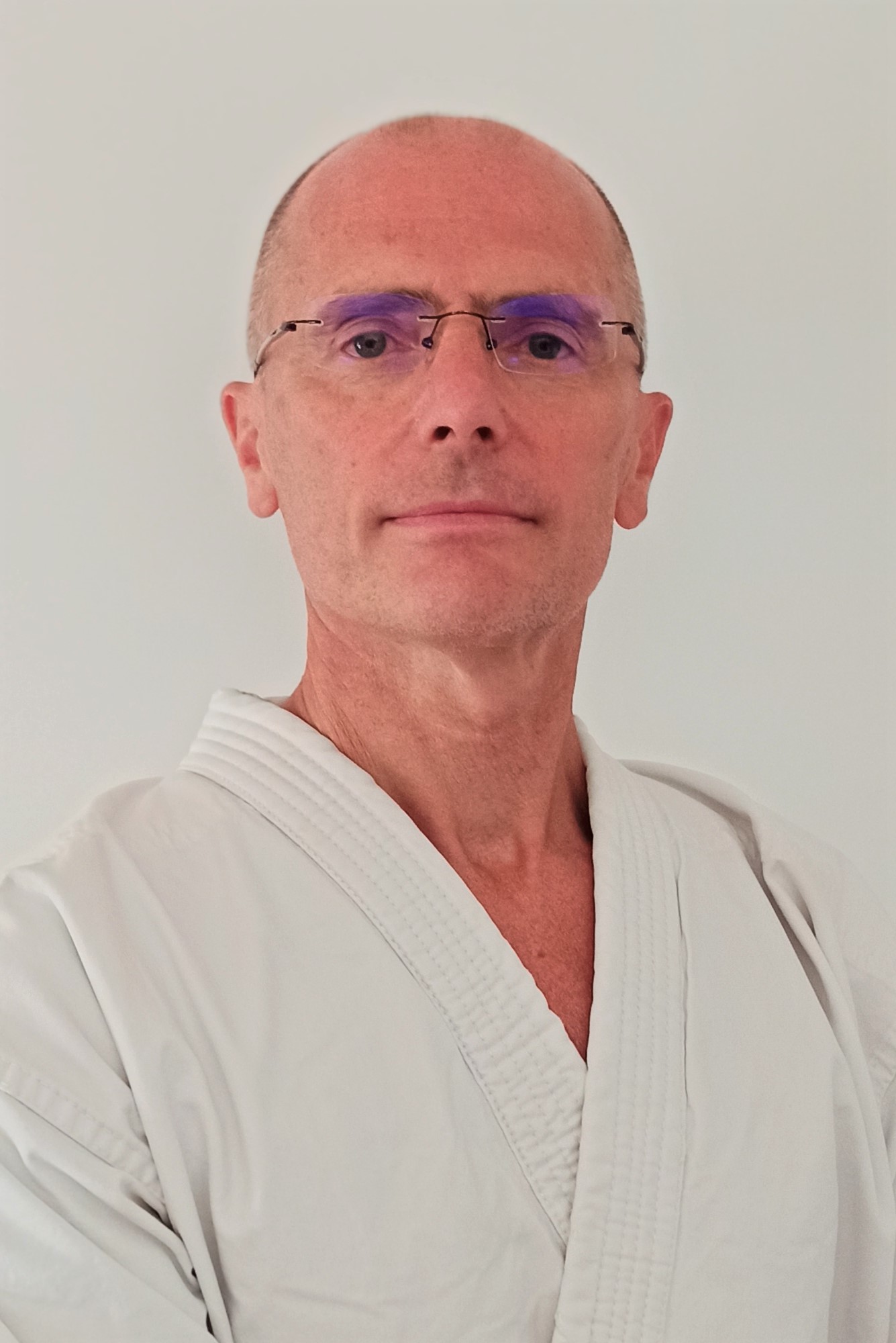 Massimiliano Pietro Gironi was born in Milan in November 1961. Personnel Manager in multinational industrial and commercial companies, with a deep interest in,and wide knowledge of the martial aspects of Karate, Aikido, Judo and Self Defense. Massimiliano is a keen student of Karate and practices it under Masters Hiroshi Shirai and Carlo Fugazza. He obtained his 3rd Dan in 1990 with M° Taiji Kase; 4th Dan in 1995 and 5th Dan in 2004, both with M° Hiroshi. In addition, he studies and practices the Aikido discipline in the Aikiko dojo of Milan,
founded by M° Fujimoto and frequents Personal Defense refresher courses. Massimiliano has also had long experience in teaching both Karate and Personal Defense to students of all ages, where the attention to the individual attitudes and the personal characteristics of the pupil is of the utmost importance. He also holds practical training courses on self-defense in private companies, on projects of self-defense, gender-based anti-violence, personal meditation, breathing, martial arts, emotional awareness, management of aggression and fear, personal development, team building, female leadership and gender diversity. Massimiliano is the Vice President of the Italian Association of Personnel Management, Lombardy.